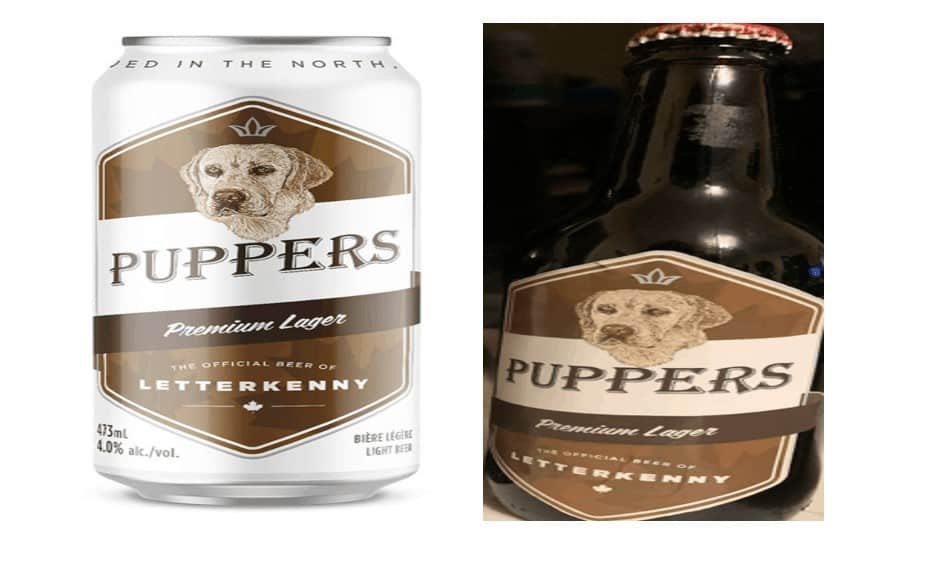 Born out of strategy to exploit the growing fondness of a TV series, Puppers Beer has captured the imagination of all. If it has a substance or not, Check it out in the article below

It has hogged the limelight, at least for now.  It has an interesting brand name Pupper, which indicates a puppy or a dog.

The logo on the bottle or the can is of a golden retriever featuring prominently.

A lot of credit (If not all) goes to the Candian comedy TV series “LetterKenny” for the popularity of this beer. Interestingly, the characters in the series were fascinated by the Pupper Beer and this fascination went viral down the streets.  LetterKenny is a fictional rural community in Canada as shown in the series.

The Series is filmed in Sudbury and that’s the origin of this beer as well. Stack Brewing announced that it will bring this fictional beer from the show into the real world.  I really hope no one attempts to do the same with the ghosts of the town in the series.

Suddenly, the demand for people looking for Pupper’s beer (If not for consumption, then for knowhow of it and the reason for the cult following of this beer).

Okay, so here comes the part that everyone’s interested in.

A lager beer with a 4% alcohol.  Meaning it’s a light beer, light in taste. Liking is pretty much each to its own. It has a biscuit malt which some lemon flavors.

It is definitely worth a try and you can keep it in your fridge for occasional drinking while binge watching or reading a book but if you are the sorts who like a stronger one or if you want to drink and party hard, this is not for you or at least not suit the latter occasion.

Conclusion: It’s a drink that has been inspired by a TV series Letterkenny. where Letterkenny is a fictional village in Canada. Sensing the Brouhaha and the popularity, One of the brewers Stack Brewers thought of making this beer a reality. The result is Puppers Beer.

Immediate market traction and curiosity came from Pupper beer riding over the the popularity of the series. However, at the end it would be the real substance that would matter. Someone who has a liking for a light beer, low ABV content would definitely like it

Do you think such popular fictional drink born out of the popularity of a series/movies are a trend and will have an acceptance? Write your comment in comment section. We would love to hear your views.

For a detailed analysis of Puppers Beer, Please visit https://www.youtube.com/watch?v=TrWMVAuxiNk