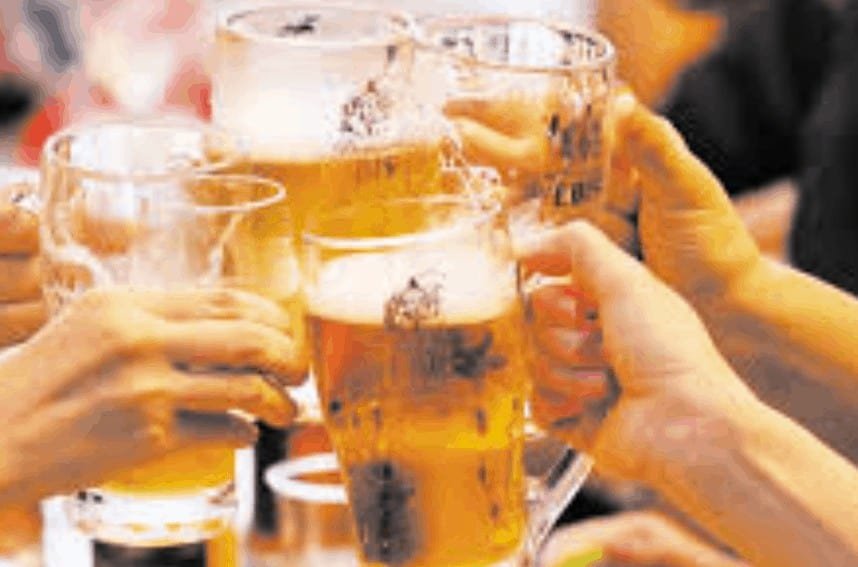 According to the 2015 National Survey on Drug Use and Health (NSDUH), 86.4 percent of adults reported having drank alcohol at some point in their lifetime.  So , what makes it so special for some. Let’s look at the most Interesting Alcohol Facts and Survey Results

Alcohol lovers has its own share of stories . So, when it comes to Most Interesting Alcohol Facts and Survey Results, the results are always astonishing.  Check out yourself some of the most jaw dropping results of the surveys.

a) Beer lovers felt remarkably less aggressive than those drinking spirits—less than 7% became that way, compared with nearly a third of the participants drinking hard alcohol

b) Only 17% of beer drinkers reported feeling ill, compared with nearly 48% of those drinking -liquor.

These figures goes to prove that when it comes to the social events, Beer is your best companion over the other hard drink. This also applies when you have an office or a lecture next morning. Check out how to overcome acidity and heartburn after a night of boozing: https://buyonlinebeer.com/alcohol-and-heartburn/

Some other results from Most Interesting Alcohol Facts and Survey Results can be found below.

That same poll found that 62% of the male drinkers surveyed chose beer, compared with 19% of women

A Harris poll asked Americans what beverage came to mind with the mention of certain sports. Beer took the gold, with 75% associating it with football and 70% with baseball. Clearly, the sports industry is critical to beer distributors. Note that the United States doesn’t even make the top 10 in terms of overall beer drinking. Still, The beer industry in the United States turns annual profits of over 100 billion dollars

The way we drink beer is evolving. Beer lovers are expanding beyond the corner bar and into the local brewery. A 2017 study of the craft-beer industry, backed by Nielsen, showed that 30% of trips to a brewery taproom replaced a trip to a bar.

Overall, Men are more likely to use alcohol than women.

Alcohol has different health consequences for men and women. Long-term drinking is more likely/Trusted Source to have negative health effects for women compared to men, even if the woman drinks less for a shorter period of time.

Around the world, minimum legal drinking ages range from 10 to 21 years.

Muscles absorb alcohol faster than fat. As a result, people who have more muscles and less body fat have higher alcohol tolerance.

Why do we cheers the drink?

Explanations abound and one suggestion is that, in ancient times In the Middle Ages, merry clonking of tankards against each other would lead to beer spilling from one vessel into the other – it was a way of insuring that your drinking companions weren’t harboring evil intentions and trying to kill you off!

Nowadays, the ritual is far more genial and it’s perfectly acceptable to omit it altogether and merely give a friendly nod after your first sip

3 thoughts on “Most Interesting Alcohol Facts and Survey Results”