All about Beers and the Boozes

My Boozy Story- Who Am I

A  connoisseur of the beers and the boozes

Having gulped the beers and the boozes from across the globe, be it US, UK, Germany, France, Belgium, Netherlands, Scottish, Canadian or drinks from far east regions like Thailand, Vietnam, Japan or India.  My travel has a fixed itinerary – To taste all sorts of beers and boozes and share my experience on the taste, share views from the real experts, locals so that all your boozy cravings get the right treat it deserve for each  specific occasion 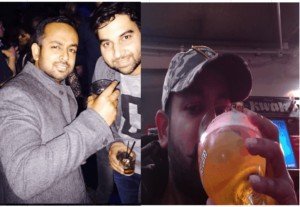 1. Jack Daniels – Labelled as king of all the whiskies in the world

2. Johnnie Walker – sells 130 million bottles of its blended scotch whiskey. The brand sells its variants under the name of Red Label, Platinum Label, Red & Cola and so on

3. Jameson Irish – Jameson is the best selling Irish whiskey in the world. It has been selling internationally since 19th century

4. Canadian Club – popularly known as C.C. from Canada. In the 1960’s during the “Mad Men” era Canadian Club sold approximately 4 million cases in the U.S. alone

5. Suntory –  It makes both best-selling and award winning Japanese whiskey. In 2013 the company deputed on the Tokyo Stock Exchange and raised approximately $4 billion.

Most interesting facts and survey results about beer