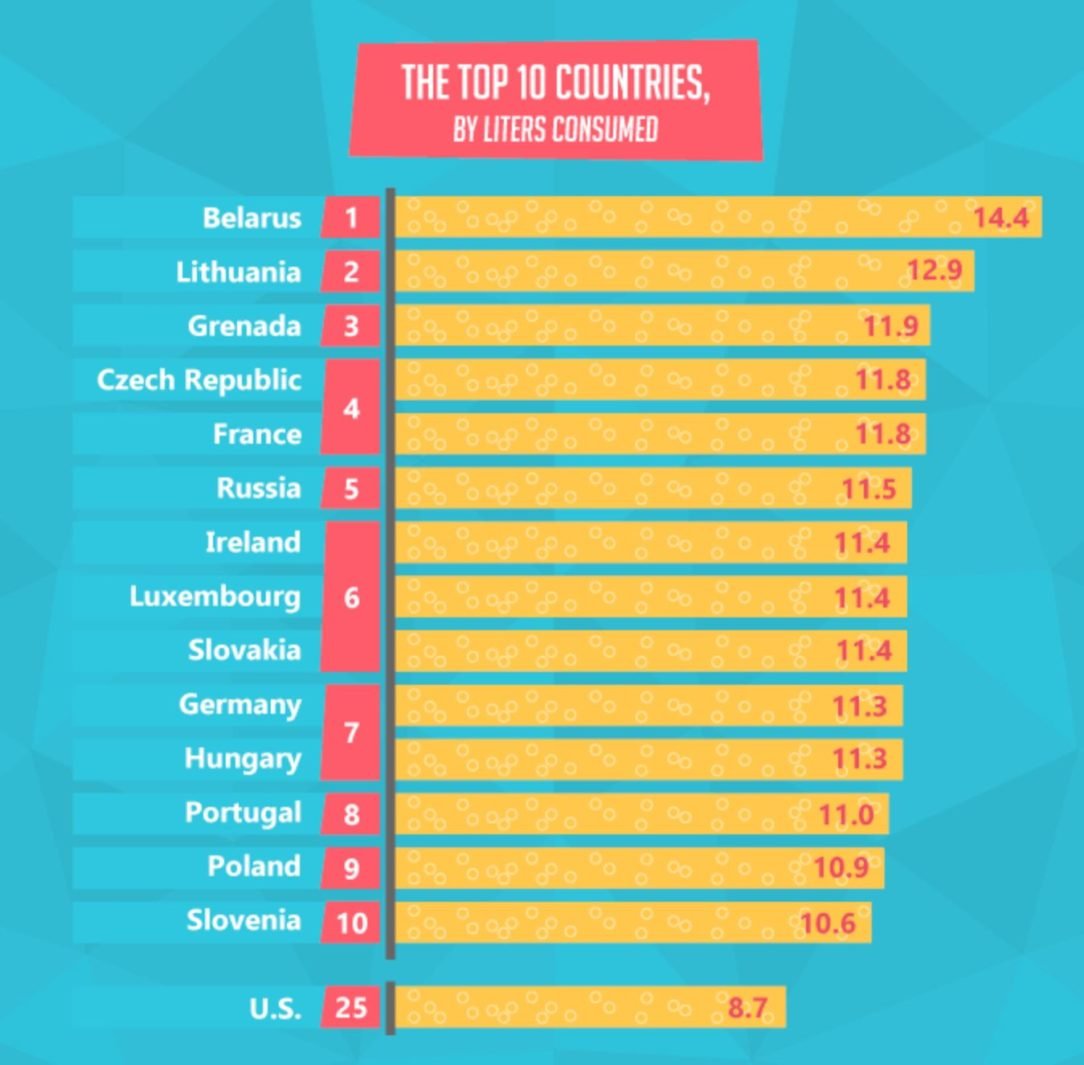 Ever wondered what’s the average Alcohol Consumption per country! Who drinks how much?

Quite clearly, Check Republic and France is drinking more alcohol than any other country in the world among the bigger countries.

However, when it comes to per Capita alcohol consumption per country , top-3 position is occupied by relatively small countries like Belarus, Lithuania, Grenada. The first two are relatively small European countries and 3rd is one of the pearls of Spain.

However, every coin has two sides. There is also another angle to this analysis.

Among the number of adults who drink, France and Check Republic tops the chart. When we compare this to Alcohol consumption per person, it make perfect sense to see that French and Chechs are the biggest alcohol lovers.

Dutch has an interesting record for themselves. They are the tallest people in the world and they rank 3 in terms of alcohol consumption. I am not saying there is any co-relation (That’s for scientist’s to decide). A close 4th, 5th are rivals Australia and UK respectively.

The consumption of alcohol by US is moderate, however they when it comes to average revenue by alcohol per country, US tops the chart.

The richer country seems to be drinking more than others. However, the problem creeps in when countries with smaller GDP increase per capita consumption. That leads to further poverty and fatality.

Conclusion: Countries drinking pattern is influenced by a number of factors. Traditionally , the consumption has been higher in colder countries but now with globalization, there is strong rise in consumption in emerging economies as well. France and Czech continues to drink most alcohol than anywhere, however it is US and China that contributes to highest revenue generator.

Do you think this information was helpful. Do write what else would you like to see.

1 thought on “Alcohol Consumption per country!”